When this unprecedented plague is over, we may never again take for granted, each deep breath, a handshake with a stranger, close conversations face-to-face, a crowded theater, Friday night out, a roaring stadium, the taste of communion, a routine checkup, rush hour traffic, coffee with a friend, a hug or a touch…

When this pandemic ends, may we find that we have become more like the people we wanted to be, the people we hoped to be – and maybe we’ll stay that way – better for each other because of the worst.

✅ reminded us of our equality and connected us in tragedy

✅ forced authorities to look at prison systems and justice

✅ undermined dictators and their powers

✅ reminded us about living simple lives

If we are fortunate, we are not stuck at home, we are safe at home.

During this crisis, I think about health workers, grocery store clerks, delivery drivers, transit and utility workers—and so many others—who are selflessly getting up every day to make sure we have the things we need.

During this pandemic we are reminded, that staying home is a privilege. Binge-watching Netflix is a privilege. Wondering what to do next is a privilege… An opportunity to create solutions, to hold faith over fear, to think about the future and create it.

Epidemics of the past have changed the way we lived and inspired innovations in infrastructure.

For example Tuberculosis was leading cause of death toward the end of the 19th century. I in 7 people around the world had died of the disease ranked as the third. While the medical community recognized TB was caused by bacteria, most people in the general public gave little attention to the behaviors that contributed to transmission. It was common for family members, or even strangers, to share a drinking cup, even when it was clear one coughed and expectorated.

The “War on Tuberculosis” public health campaign discouraged cup-sharing. States banned spitting in public spaces including inside public buildings, transit, sidewalks and other outdoor spaces. Soon spitting in public spaces was considered uncouth, and swigging from shared bottles frowned upon too. These changes in public behavior helped successfully reduce the prevalence of tuberculosis.

Many infrastructure improvements and healthy behaviors we consider normal today are the result of past health campaigns that responded to devastating outbreaks.

In many large cities, rot and horse waste was common place. For example city streets in London and New York overflowed with filth. People tossed their trash, chamber pots and food scraps out their windows onto the streets below. The horses pulling streetcars and delivery carts also contributed to the squalor, putting pounds of manure and urine on the streets every day. When a horse died, it became a different kind of hazard. Children would play with dead horses lying on the streets. A carcass would be left to rot until it had disintegrated enough for someone to pick up the pieces.

Where did sewer systems come from?

There were also no sewer systems. When people would come to live or work in the city you had 25 to 30 people sharing a single outhouse. The privies frequently overflowed and folks would damp barrels dripping with feces into the nearby harbor. With the frequent outbreaks of typhoid and cholera cities recognized the need for organized systems to dispose human waste. Filtration and chlorination systems were introduced to clean up municipal water supplies. Water closets became popular, first among the wealthy, and then among the middle-class. This led to plumbing and house reform.

For example, during the 1793 yellow fever epidemic, there was no formal crisis plan. Philadelphians selflessly stepped up to create a makeshift hospital; and build a home for 191 children orphaned by the epidemic. Volunteers collected clothing as well as food and monetary donations. Members of the Free African Society were particularly altruistic, providing two-thirds of the hospital staff. They also transported people, buried the dead and performed numerous other medical tasks.

The diphtheria outbreak hit Nome, Alaska, in January 1925. This small region inspired national support and innovation. While there was an antitoxin serum available to combat the disease, the region was in short supply and the town was inaccessible by road or sea in the winter. This led to the creation of the Iditarod, the famous dog sled race. The dogsled teams and mushers carried a supply of the serum 674 miles from Fairbanks, in record time, facing temperatures of more than 60 degrees below zero. The challenges of delivery by dogsled also sparked investigation into the possibilities of medical transport by airplane.

The polio epidemic of 1952 sickened more than 57,000 people across the United States, causing 21,269 cases of paralysis. In response, the National Foundation of Infantile Paralysis (NFIP), which had been founded in 1938 by President Franklin D. Roosevelt distributed around $25 million through its local chapters. The March of Dimes, as it later came to be known, provided iron lungs, rocking chairs, beds and other equipment to medical facilities, and assigned physicians, nurses, physical therapists, and medical social workers where they were needed. The success of this campaign has served as the gold standard in public health education and fundraising since its heyday in the 1940s and 1950s. 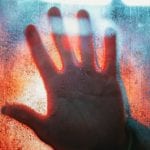 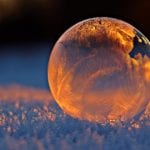 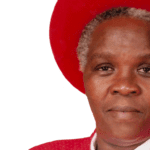 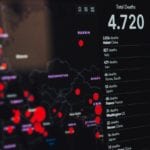 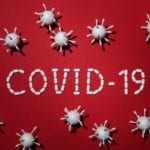 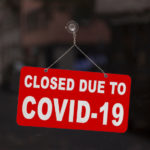 FAQ on the Stimulus Bill for Startups and Small Business Owners