5 Myths About Digital Technology in Africa

5 Myths About Digital Technology in Africa

Africa has a lot to offer – just another reason to take off our blinders.

Here are some myths that keep us from truly connecting.

#1. Africa is for Low-Skilled Labor

The Fourth Industrial Revolution is initiating immense change, driven by digital forces which are expected to shape the next decade – artificial intelligence, the Internet of Things (IoT), network-based logic, augmented and virtual reality, quantum computing, etc.

The unprecedented speed of change will bring more advancements in the next ten years than in the last 250 years.

With a surplus of workers, more stability, and technology transforming many nations’ economies, Africa is now an attractive destination for investments, fast-growth startups, and the high-tech companies driving these technology trends.

By 2030, Africa will be home to more than 25% of the world’s population under 25. With that, there’s an opportunity for the continent to drive inclusion, economic growth, and rapid expansion in the pool of highly-skilled professionals in cognitive STEM-based skills (science, technology, engineering, and mathematics).

There’s an opportunity to develop not just an inclusive future of work, but new transformative ideas that add tremendous value to the evolving world. Unleashing our full potential is essential and requires diverse, inclusive collaborative models that take into account the colorful tapestry of our common humanity on both local and global levels.

#2. Africa is not a Powerhouse

6 of the 10 fastest-growing economies are located in Africa, a fact that serves as a testament to its ambition.

70%  of the population of Africa is under age 30 and sub-Saharan Africa will soon be the only place with birth rates at replacement level or higher. The continent is also increasingly urban, with more than 50 cities with populations greater than a million people. Thus Africa is well-positioned to support the workforce of the future. The young age demographic, coupled with the urbanization of Africa, is a recipe for further innovation and development.

Mobile data usage in Africa is expected to grow 20 times by 2025 – a statistic that is double the projected growth on a global level. Mobile technology has transformed many African countries because it is more readily available than computers. Consider the following:

The truth is Africans are undoubtedly resourceful.

Some lack access to education and have few resources but breakthrough innovation and the capacity for creativity continue to abound.

Africa is a hotbed of brilliant ingenuity.

#5. Africans Live on Less than a Dollar a Day

The middle class is ambitious and working toward bridging economic gaps.

In fact, 23 African countries are now middle-income level. Africa’s leading cities account for 80% of consumers with the disposable income to acquire assets such as cars, televisions, and appliances, according to research from Fraym.

Urban corridors and regions like Lagos (Nigeria), Johannesburg (South Africa), and Nairobi (Kenya) stand out for their financial-technology hubs, middle-class consumers, and connectivity.

Beyond the top three in sub-Saharan Africa are cities like Luanda in Angola, Khartoum in Sudan, Dar es Salaam in Tanzania; and Addis Ababa in Ethiopia.

There are many small, microfinance projects which help lower-income people get access to capital or learn skills to earn a better living.

What’s the Connection Between Myths and Stereotypes

When we buy into these myths we create false stereotypes.

Remember that Africa is a vast, culturally diverse continent. There are likely folks who benefit from keeping you in the dark about the continent. But what’s worse, these myths and misconceptions are a disservice to humanity. 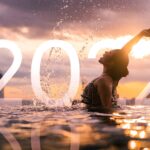 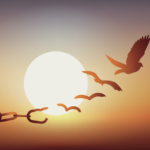 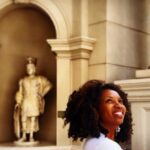 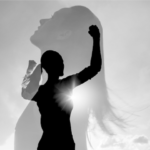 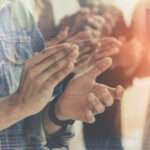 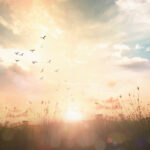